It very rare that we hear of children doing something for their parents, it’s usually the other way around and especially in a situation where something tragic happens it usually the parents who go out of the way to help their child out of the situation. When I heard the news of Noor ul Ain and how she saved her father’s live lionhearted I was just awestruck with a fact that finally, a daughter has courageously done something to make our nation proud.  Noor ul Ain without having any fear of facing death was ready to do anything possible to help her ailing father get back to life. We don’t normally hear things like this around us and when we do it makes us want to believe in humanity and its power to help any situation.

Let get back to where it all started, I realize that no child is capable of handling the strain that is brought by any uncertainty for parents. Same was the case With Noor ul Ain it was back in July 2018 when she first heard of the disease her father was diagnosed with, as per the doctors Noor’s father had just a few months to survive. This can be a huge deadweight for any child, and so was it for Noor.  Despite the anxiety, the whole scenario brought to the family Noor Ul Ain knew that she needs to gather a great amount of courage to cope of with the situation.  She took charge of the situation what was impossible was made possible with her selfless efforts.

One of the Doctor suggested a liver transplant, which had about 90% chances for survival. Noor knew this was her time to do something for her father, from the time she was born till date her father had done so much that could never be paid back but at least she could do her part to help him. And then she did what was beyond expectation, she becomes her father’s donor and traveled all the way to the idea for the transplant.

It’s quite often that we as children claim that we can move mountains for our parents but not all of us are as brave as Noor to do what’s unexpected. She took care of her father pre-transplant like a baby and to make thing light she even cracked jokes every now and then. However never did she show how hard it was for her. It was the day of her transplant and that’s what Noor has to say about it:

“I went inside the operation theatre before Baba. Things didn’t go according to the plan and I woke up during my surgery. I could hear their voices saying “Sir Hb is 4, BP 40, ECG is abnormal”. The surgery got complicated and prolonged, even longer than my father’s. When I finally regained consciousness, they tried to get me to open my eyes and I just couldn’t do it for all I wanted to hear was about baba. Only when I heard one of them saying “Uth jao beta, aap k baba theek hain. He’s awake”, I opened my eyes. We both were shifted to ICU. I spent five days in that room, not being allowed to see my mother or walk or eat; it was the most painful time of my life. It was only after I walked to baba’s room after surgery and saw him doing well that I felt that the clouds had lifted.  “

Noor believes in possibilities that can change lives, before taking the step she knew all of the consequences. She knew she was going to face death if things didn’t go right but on the brighter side if things went well she could save her father’s life. What Braveheart! The courage and determination to help her father come back to life made Noor the strongest amongst the family.  She was never hopeless, she believed that Allah Almighty has his own plans and if he will there is nothing that can go against you.

It’s daughters like Noor who make us want to do so much more for our parents.  Noor ul ain half liver donated to her father is the reason she will live a life with showers of blessing from family and people around her. We need more people like Noor in our society to make this county a reason to be proud of, such deeds lead to a wonderful life in this world and hereafter.

Bravo, Noor for making us and all of your family members proud of what you did. The best is in store for Noor in the future without any doubt! 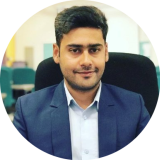